Sparkling Water and Your Teeth: What You Should Know 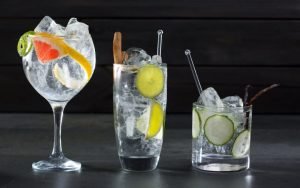 Everybody knows that drinking water is vital for your health. But staying hydrated can be difficult – and sometimes boring.

This is why people sometimes get tired of drinking plain water or look for something a bit more exciting. And sometimes, this choice is sparkling water.

The answer is, probably not.

Let EK Dental Surgery take you through the chemistry, rumours, and truth about carbonated water and your teeth.

What About Carbonated Water?

First, we need to understand precisely what we mean when we refer to sparkling water or carbonated water.

Plain sparkling water, with no added sugar or salt, is nothing more than water that has been carbonated. In this process, carbon dioxide gas under pressure is dissolved into a liquid, and carbonic acid is formed.

This process is the same as that used to produce carbonation in soda.

The ‘scary’ part of that is the carbonic acid, because, theoretically, it could harm your teeth. After all, it is an acid.

And some patients at EK Dental Surgery worry because carbonation, including sparkling water, has a higher level of acidity, to begin with, than most beverages.

Too much acidity in the mouth can attack your enamel, the protective outer layer of your teeth. So what we really need to know is: does sparkling water have enough acidity to attack and harm your teeth?

The answer, fortunately, seems to be “no”, although the answer is not absolute.

Looking At The Science

A 2001 study published in the Journal of Oral Rehabilitation, found: “Mineral waters appear to offer a safe alternative to more erosive acidic beverages.”

They concluded sparkling waters were dramatically less erosive than soda. In this study, however, carbonated water was not compared to plain water.

A more recent study from 2007 came to the opposite conclusion. The researchers soaked teeth in seltzer-filled containers for half-an-hour to measure the effect of sparkling water on enamel.

They found the sparkling waters “demonstrated erosive potential similar to or greater than that of pure orange juice, an established erosive drink.”

It’s worth noting, this is a fairly unrealistic study, as very few drinks remain in a mouth for that long.

A 2016 study in the Journal of the American Dental Association characterised some Gatorade and Powerade drinks as extremely erosive, while others were merely erosive.

The American Dental Association discovered that Pellegrino is on the edge of “erosive” and “minimally erosive,” per the data. Its pH could range from 5.05 (minimally erosive) to only 4.87 (erosive).

So, that data suggests that mineral water is either safe or slightly erosive. What it adds up to is there may be a theoretical risk of tooth erosion, but you’d have to drink an awful lot of carbonated water over a very long period to harm your teeth.

This becomes more complicated if mineral water is flavoured or contains sugar as a sweetener, but the damaging effects of sugar are already well known.

How To Stay Safe

The answer, like many answers in dental and overall health, begins with moderation. Don’t drink too much carbonated water! But there are also some strategies you can use to be sure that, even if carbonated water does pose a very slight threat, your dental health is unharmed.

Reasons to Smile in Glen Waverley!

EK Dental Surgery offers a wide variety of preventative and cosmetic dental procedures for children, seniors, and everyone in between!

We are a team of dedicated Glen Waverley dentists and staff working to provide the best care possible. At EK Dental Surgery, we can help you achieve tip-top dental health and a movie-star smile!

Pay No Gap for Exam, Scale and Clean, and Fluoride Treatment for Medibank, Bupa and HCF.

We are located at 230 Springvale Road in Glen Waverley.

The Aesthetic and Health Benefits of Dental Implants
June 2, 2022

Dental Anxiety and You: Dealing With Fear of Dentist
September 13, 2021